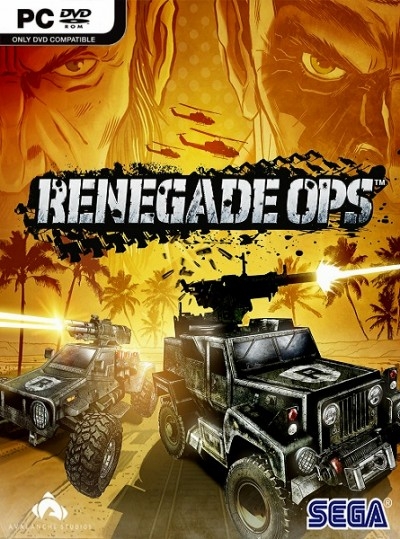 Uploaded: 02.04.2012
Content: Renegade Ops_001 (4).txt 0,02 kB
Loyalty discount! If the total amount of your purchases from the seller Nickcd more than:
If you want to know your discount rate, please provide your email:

Nickcd information about the seller and his items
offlineAsk a question

Instant delivery! Activation Key Code for the game Renegade Ops is displayed in the browser immediately after ordering!

The Earth is about to be under the control of a madman Inferno (Inferno), in whose hands the weapons turned out great destructive power, which means it's time to go to extremes. However, the government is paralyzed by fear and inaction, while the evil empire extends its influence. When the destruction of the world is only a step away, for it takes the General Bryant. It forms an elite mobile unit whose sole job is - to eliminate the threat.

There is a wide variety of military equipment, ranging from heavily armed tanks and ending with helicopters, and a huge arsenal of weapons. Destroy everything that gets in your way - the only way to defend the freedom of the Earth.

Features Renegade Ops:
• sweeping away everything in its path with powerful weapons and heavy armor in the game, combining elements of comic books and Hollywood blockbuster.
• Fight with a friend on one computer or take part in multiplayer online battles for up to four players.
• Manage one of the four men. Each of them has unique skills: for example, skillfully handles bronekostyum (Armadillo Plating) or can cause a missile attack (Rocket Strike).
• Perform combat missions in each of the nine levels is encouraged with prizes and awards, as well as providing access to bonus content. Scores fall into the online rankings.

Pay attention:
• The key does not have regional restrictions Region Free and activated in any country.

Activation key Renegade Ops:
1. You need to download and install Steam http://steampowered.com/download/SteamInstall.msi (if not already installed)
2. Register novvy Steam account or log into an existing.
3. Go to the "My Games" and select "Activate via Steam ...", read and agree to the Steam Subscriber Agreement and enter the key received immediately after the payment.
4. After activating the game Renegade Ops appear in the list of games and you can download it from steam. The installation process (download) takes about 15-50 minutes (depending on your internet channel).

I would really appreciate your positive feedback :)